The release tide of new machines in March is coming to an end.
After the release of many new flagships of Snapdragon 888, and Snapdragon 870, the Black Shark 4 series was also officially scheduled a few days ago,

This evening, the Black Shark 4 game mobile phone was found in the main video of the UP video of a video website,

and this was also the first real machine exposure of the machine.

READ More
Xiaomi is working on the world's first phone with a 200W fast charge.

and the lifting physical shoulder key is also particularly eye-catching. 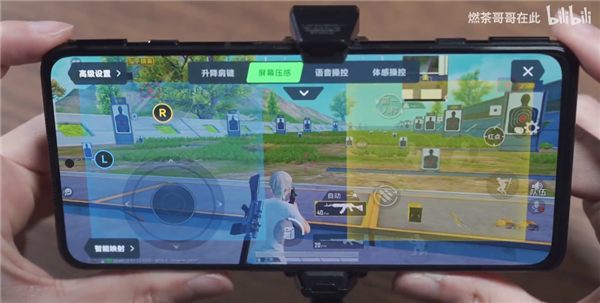 It is worth mentioning that Black Shark 4 will be the first game mobile phone with punched full screen.

Combining official information and disclosure, it can be seen that the Black Shark 4 series includes two models,

It is standardly equipped with a 6.67-inch Samsung AMOLED high-swipe screen. It is reported that the screen of the machine is the same E4 material as the Redmi K40.

It is worth noting that Black Shark 4 is standardly equipped with dual mechanical lifting solid shoulder keys.

Compared with mobile phones that use virtual touch shoulder keys, physical keys will bring users a better touch, and at the same time greatly reduce the probability of accidental touch.

Of course, since the good heat dissipation of the main game mobile phone is naturally important, according to the official introduction,

At the same time, with the support of Black Shark’s frozen heat dissipation backpack 2 Pro, players do not need to worry about the heat generated by running large games.

This iPhone removes the bangs and increases the screen-to-body ratio: but it looks like this

Netizens accidentally unlock iPhone 12 “new gameplay”: the back can suck a lot of iron sand