As the sales volume of SUVs in Nissan’s family, X-Trail is not as famous as CR-V and RAV4, the title of Nissan’s big sofa is by no means a false reputation.

A new generation of Nissan X-Trail has been released before. Recently, foreign media exposed the power configuration information of the new car in the United States.

The new car will be equipped with a 1.5T three-cylinder engine and matched with an analog 8-speed CVT gearbox.

Honda releases virus purifier: 100% effective and suitable for all models

According to the information of the U.S. Department of Energy, the Rogue (American version of X-Trail) will have two engines, 1.5T turbocharged three-cylinder and 2.5L self-suction four-cylinder engines.

READ More
Xiaopeng's fifth-generation aircraft unveiled: it can take 2 people and open trial rides at the end of the year

Among them, the 1.5T model has a maximum power of 204 horsepower and a peak torque of 300 N·m, and provides two-wheel drive and four-wheel drive options. 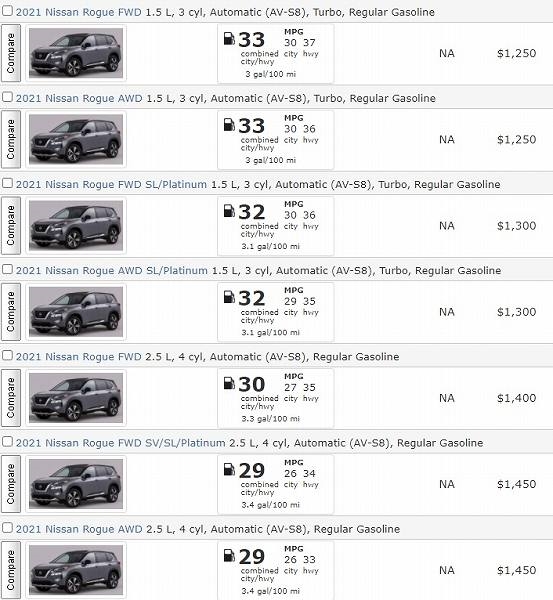 For the first time that the new Rogue is equipped with a 1.5T three-cylinder turbo engine, Nissan said that this is a small test plan for the new power system, which mainly tests the performance of the engine in the real car and evaluates the potential future technology in the existing model.

In addition, the new Rogue will match the gearbox code-named “AV-S8”. Foreign media speculated that A stands for “AUTO” automatic, V stands for “Variable” multi-level, S stands for “simulated” simulation, and 8 stands for gears.

So this gearbox can simulate an 8-speed CVT gearbox, not the previously rumored 8AT gearbox.

It is worth noting that the new generation of Nissan X-Trail has been declared in China. Unlike the American version, there is only a declaration information for 1.5T models at present, and it is also a three-cylinder model. Not surprisingly, it will also be matched with an 8-speed CVT gearbox.

As we all know, at present, the three-cylinder engine is not accepted by consumers in China, but Nissan intends to use it in the main sales model, which is undoubtedly a huge challenge.

Although this engine data is good and it also has variable compression ratio turbo engine technology, three cylinders are indeed difficult to accept. Can you accept it?

In addition, it is not ruled out that Nissan’s 1.5T is a test water in the Chinese market this time, and there may be a 2.5L naturally aspirated version in the future. V #duzline #Nissan

Samsung Galaxy A01 Price and Specifications