Recently, the dog who has swept the global Internet by virtue of its magical expression has once again exploded in popularity. 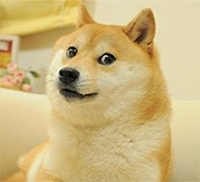 But this time it is not as a terrier picture, but a digital currency made with this dog as a prototype-Dogecoin. 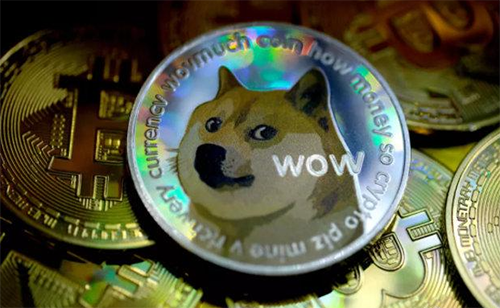 No one thought that a meme that was invested like a joke could take off miraculously, and it all depends on doge:

From the 12th to the 16th of last month, Dogecoin has risen by 200%+ in the trend of plucking green onions on dry land. That is to say, if you spent 100 million to buy doge, it would not be a dream to expand to 200 billion. 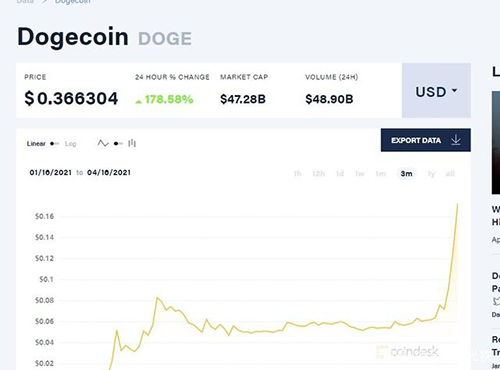 By May of this year,

Dogecoin’s decline was not obvious, and it rose to $0.74 a coin. Some quick-eyed friends made a timely move, raking in millions of dollars and quitting and returning home in the next second.

Such a magical existence naturally attracted some bigwigs, and their entry also played a key role in the trend of Dogecoin. Among them, Tesla boss Elon Musk was the most active. That’s right. He blended.

In February, Musk stated that Dogecoin is “a cryptocurrency that truly belongs to the people” and doge has doubled at the same time.

He also made an emoticon pack of himself and Dogecoin, showing his loyalty in front of the Dogecoin cult. Even flying to the moon with Dogecoin. You know, when Dogecoin was born, it was actually a copycat version of Bitcoin made to spoof Bitcoin.

Let’s first take a look at what is special about Bitcoin: it is decentralized and has an upper limit. Decentralization means that it cannot be supervised and traced back. It is a good choice for certain transactions. The upper limit means that it will not be inflated like ordinary currencies and maintain its value.

With these two points,

more and more people like Bitcoin. In 2013, it soared from a few dollars to dozens of dollars. It was a coincidence, perhaps due to fate, and doge’s emoji also became popular on the Internet in the same year.

Therefore, two young people with a spoof attitude directly copied a large piece of Bitcoin code, and changed Bitcoin to Doge coin simply and rudely. The birth of Dogecoin took less than 3 hours in total.

And compared with the total issuance limit of 21 million bitcoins, the total issuance of Dogecoin has no upper limit. 8 years later, there are currently about 100 billion doge in the entire digital currency world watching the speculation. People. 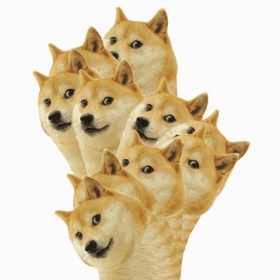 Originally, the founder of Dogecoin didn’t have much hope of repaying great wealth for its future, but called it a “joke that will definitely disappear.”

And in a variety show in the United States on the evening of May 8, Musk was also asked about Dogecoin, boasting Haikou: “Dogecoin is the future of currency, and this is an unstoppable financial tool. , Will take over the world.”

But following the host’s guidance, Musk finally said something that anyone with a large number of positions would not want to hear: “Well, it’s a scam.” 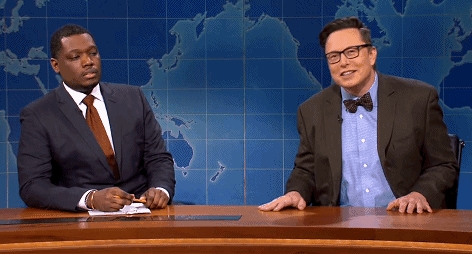 This undoubtedly gave a critical blow to Dogecoin, which was at a high point, with a sharp drop of 34%, making many unprepared stud Dogecoin players want to cry without tears and lose their blood.

But it doesn’t matter. Also affected by Musk’s words and deeds, there is also a digital currency called SHIB, commonly known as shit currency… 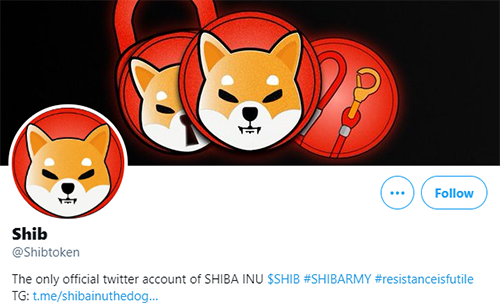 In fact, this thing was originally a kind of counterfeit mainstream coin. The full name is Shiba Inu coin, which means Shiba Inu in Japanese.

Because the abbreviation and pronunciation in Chinese are too similar to those two characters, it is called shit currency.

Let’s take a look at its recent trends, the shit rocket that has taken off into the sky alive and well.

The reason for its explosion is quite coincidental. Suddenly, one day, Musk responded to his company’s director on Twitter that he was looking for a Shiba Inu. 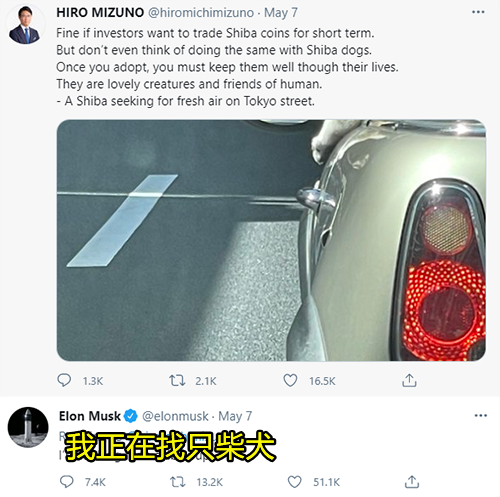 The shit coin team came here, and looked at the opportunity to “translate” in the comment area: Musk actually wants shit coins to rise~

What’s next? What else? Go up.

In fact, Shitcoin’s origin is very miserable. Mom does not love or love it. Even the team that created it is unwilling to pay commissions to board the digital currency trading platform to make more money.

Hey? Why are there still people who can’t make money?

That’s because shit coin was originally defined by the founding team as: a social experiment starting from zero.

The creator Ryoshi believes that everything in the world is built on a certain basis. He wants to create something that really starts from zero, so he chooses to start with the virtual currency he is good at. 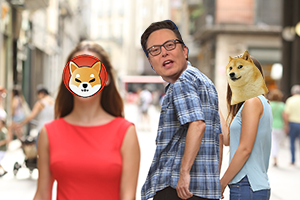 From doge to Shiba Inu, some people seem to have suddenly caught the wealth code: “Musk obviously likes dogs, come and have a Teddy Golden Retriever Husky, and all of them will become digital [email protected]他!”

Harm, this is really inaccurate,

how do you know that Musk will not fall in love with hot dog coins, hot pot coins tomorrow? And since the investment myth of Dogecoin became popular, too many small coins and miscellaneous coins have emerged in the currency circle. 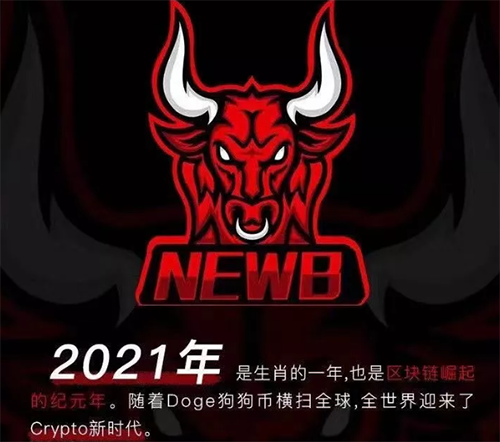 Compared with the mainstream big coins, the newly emerged small coins have almost formed a zoo, which is for cats and dogs, as well as for people who dream of getting rich overnight.

As for the next coin of choice? Cough, maybe it’s crazy pill coins. 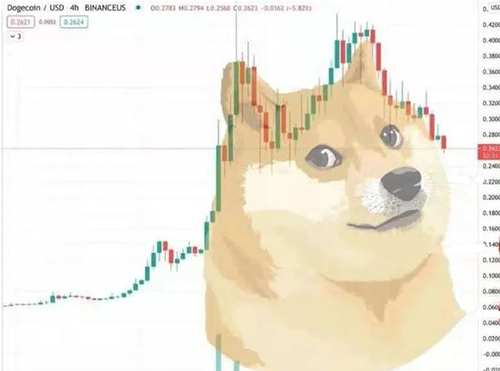 Final welfare time: As of this Sunday, before the publication of Kuangwan, friends who are ranked in the top three in the selected message position at the bottom of this article can get a physical version of the color-printed golden dog commemorative coin pendant. I wish everyone rich in 2021 . 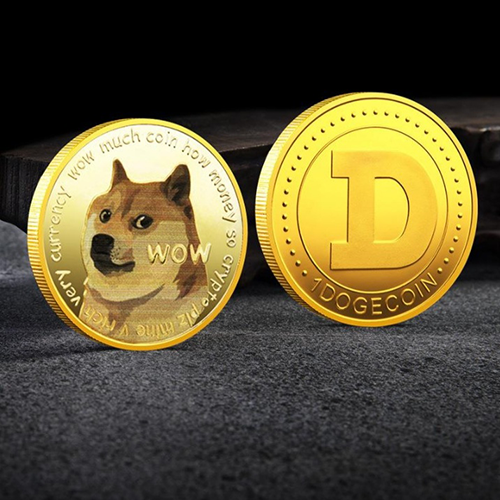 READ More
Samsung mobile phone staged "The Return of the King" Q1 sales surpassed Apple and returned to number one in the world
READ More
Children should not use electronic products continuously for more than 15 minutes:
READ More
Musk Starlink is in trouble again!Turn off the automatic collision avoidance system: risk of collision with British satellites

This iPhone removes the bangs and increases the screen-to-body ratio: but it looks like this

Netizens accidentally unlock iPhone 12 “new gameplay”: the back can suck a lot of iron sand