On the evening of March 21, the official Weibo of Xiaomi mobile phone released a short notice——“Tomorrow at ten o’clock, see or leave.”

And in the attached picture, there is also the words “Big News”.

In the comments, Wang Teng, Zang Zhiyuan, Shen Deqiang and many other Xiaomi executives, as well as several Xiaomi official Weibo posts, are all exaggerating the atmosphere.

According to the general principle of fewer words, bigger things, this time is definitely a big event. . 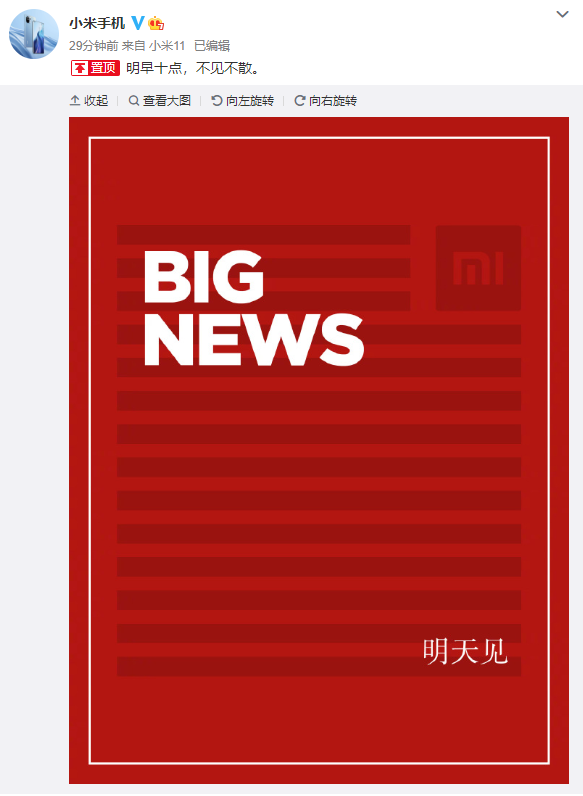 Based on the current signs,The most likely thing tomorrow is that Xiaomi will officially announce that the Xiaomi Mi 11 Pro launch will be held at 19:00 on March 30 (next Tuesday).

According to the news of the sneak run, Xiaomi 11 Pro will be equipped withThe triple camera combination of dual main camera + periscope telephoto lens, supports up to 120x zoom, of which the main camera is Samsung SOCELL GN2 50 million pixel lens, 1/1.12 inch sensor, the largest in the industry, and supports four-in-one Pixels.

At the same time, there will be one on the back of Mi 11 Pro Small size secondary screen, Can re-engrave the main screen display content, can assist in the Selfie,

There are more practical functions-can not help but think of the PRO 7 that Meizu tried.

The first Snapdragon 775G!The price of Xiaomi 11 Youth Edition has been exposed: 6+128GB

Mi 11 Pro is expected to have two versions,Mi 11 Pro and Mi 11 Pro+, The difference is mainly in the photographing part.

Some netizens speculate that Xiaomi will officially announce the Mi MIX 4 tomorrow, but it seems unlikely that the new MIX series will probably be in the second half of the year. 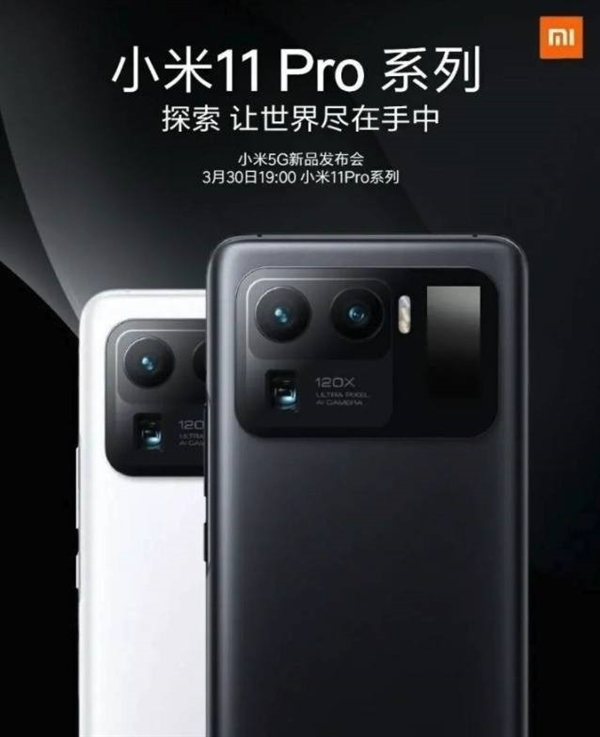